I was introduced to "freebies" my first day, and discovered hunts the December 2008, with the Winter Grid Wide Hunt. I did the entire hunt, cursing when I couldn't find things. This was pre-blogs-covering-items, pre-linklists-of-stores, pre-derender, pre-wiremesh-mode, pre-hunt-groups, pre-hints. I spent hours at different stores, only to find the item OUTSIDE of it. I'll never forget the store I combed over multiple times, only to have some enterprising person discover the item stuck into the wall with only a tiny corner sticking out. In another, about thirty or forty people combed the four levels minutely until someone found it outside of the building, tucked under a roof.

This was pre-banning-people-from-sims-for-using-local-chat, too. In both cases, we shouted it to the high heavens. In less than five minutes the stores went from crammed to the gills to empty. There are still stores I refuse to buy from because of how they hid things in hunts, the most memorable being when an item was hidden inside another small item. This was before I could derender things, so it took me at least five minutes to cam inside to get it.

The first year of hunts I gave it the real college try. I'd try to do entire hunts, to explore stores, etc... but then the hunts started multiplying, and for a while now I've mostly chosen individual stores out of the herd to go and hunt at based on pictures of the prizes. Now and then I'll stumble across a small hunt that seems made for me or which is under fifty stops, and then I might go through. The other exception is a group which does games that include hunts as part of their game; I always do those because I'm addicted to the stories - I want to know what happens. I'm tending to hunt for different reasons now, though - I know exactly what I'm getting, for example, or it's part of a greater whole. 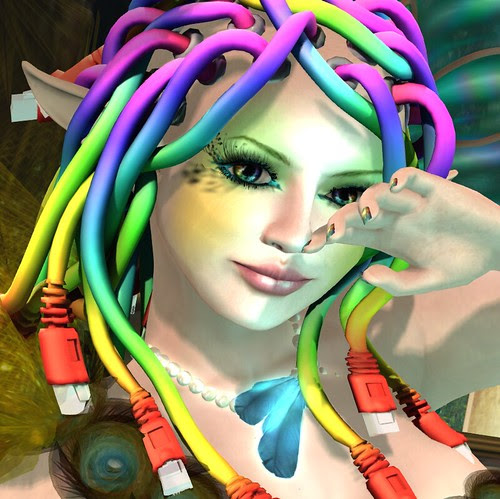 You see, even on the highest quality of hunts... a lot of what people put out, I don't want in my inventory. Sometimes it was an issue of quality (I know we aren't supposed to say that because it's rude to look gift horses in the mouth, but it's true) and sometimes of style, and sometimes that I doubt I would ever find a use for it. I don't own a lot of land, so a lot of in-world objects simply loiter in my inventory tucked five down in a folder, my style is fairly modest and feminine geek, and as my inventory has ballooned my standards for what I keep have become that much more stringent. I don't usually say so, though; while I will sometimes offer commentary on what people created, I try to soften my opinion of gifts as much as I can, usually offering them without comment at all, because of the aforementioned gift horse and mouths.

I totally agree that it can feel awful to have someone insult one's creations. Having had some creations insulted I know the stinging pain of that, and I've had my share of knee jerk, immature responses. The tendency to ban people from land based on real or perceived insults is very concerning to me, however, especially when met with a subset of people bemoaning how reviewers on Second Life are never "honest."

Well, of course they aren't. Being honest can get you banned.

Hel, even being slightly critical can get you banned. I'll never forget an acquaintance of mine who was banned for suggesting - suggesting mind - that someone's hunt prizes were also their store items. She was wrong, she corrected it, but she and everyone who commented on that post was banned from the sim in question. Several times since then I've heard similar rumblings, of people banned not for publicly disruptive behavior, but for private concerns and reasons - for critique, for comment, even for bothering a creator too much. 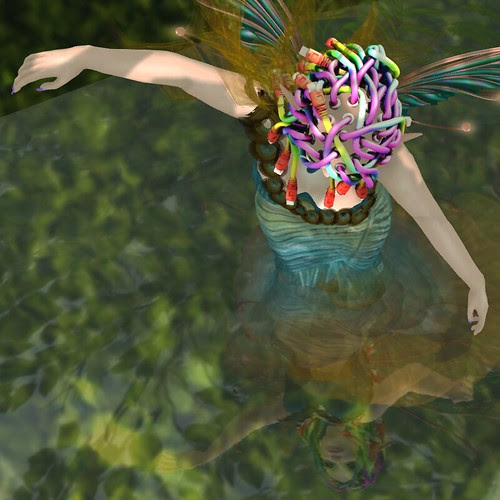 I am a big fan of hunts and freebies. I think they're a perfect way to hook people into fashion into Second Life. I also like the collaborative spirit that can emerge - nothing pleases me more than helping someone find something after they're really, really tried to find it. There's a rush to that moment of "I found it" which is better than the rush of all the prizes. For a long while I was a vocal and enthusiastic group helper in a variety of hunt groups, but in the last year I've taken my helpfulness out of group chats and into private. Sometimes this is because a group specifically discourages helping in the open chat; like giving hints in open chat, it's viewed as spoiling the hunt for people who really want to do the work to get the item.

In conversation with another hunter a short while ago, after I had helped her find something using general hints - nothing too specific (I always start with my most general hint) - she commented that her eyes weren't very good these days, and so it had been difficult to find the item because it was very small and blended in very well. "I hunt because it's fun," she said, and I was struck by how true that was for me, as well. There is a threshold beyond which I am unwilling to continue. One memorable time I was hunting for an item and was lead directly to where it was, by a bunch of people who all saw it, but my computer hardware apparently couldn't render it because it was simply too small. Other hunts have been buried under lag, crowds of people trapped looking for something and adding to the problem exponentially.

There is a point where it stops being fun, but communicating that - stating that something is simply too difficult to be enjoyable - seems to be a peculiar kind of verboten. "You don't need the prize," I've heard people respond, but in the case of hunts which are part of a story, the prizes are often secondary or tertiary to the pleasure of figuring things out and finding out what happened (I know that's definitely the case with me). I wish this was something more easily and facilely discussed, though, without knee-jerk accusations of being lazy or entitled. 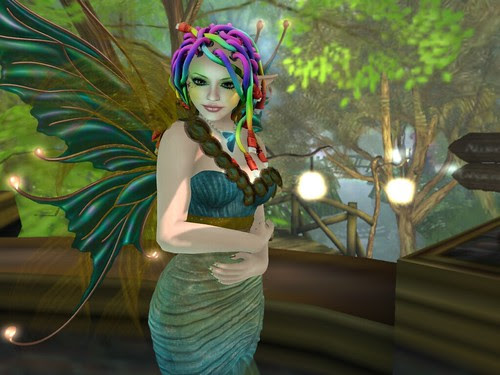 At the end of the day, what I want is for us all to have fun... together.