Pink Week brings us back to the girliest of girl colors.

At least now. Interestingly, this gender assignment dates from somewhere in the 1940s, before which pink was considered a masculine color because it was so closely related to red. 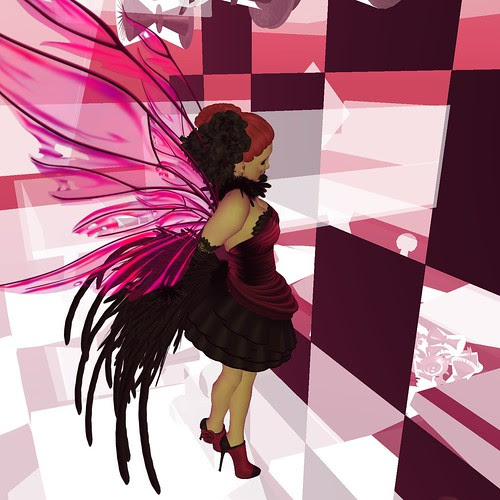 My history with pink is fraught. When I was a teenager I loathed it, mostly because you couldn't get pads in any color BUT pink for a long while. Pink was never my favorite color - as a child it was red, later purple, and finally blue - and the forced association with it simply based on my gender always pissed me off. This hasn't changed as an adult (I dislike any stereotype, but there's something extra irritating about inaccurate ones applied to me), but I tried so hard to make my peace with pink - since it's hardly the color's fault that people are sexist assholes. Now my favorite color is rainbow - and rainbow doesn't work without pink.One of the things I love about rainbows is that each color has to exist, and be itself, and be distinct, in order for a rainbow to even work!

Now, I'm particularly fond of pink with black - especially when you include ruffles or lacing - so the Likka House Papagena dress is absolutely a favorite of mine. Papagena is a character from The Magic Flute, an opera by Mozart, a bird like creature who ends up paying attendance to Pamina. I prefer the book by Marion Zimmer Bradley, which has a distinctive sci-fi feel with hybrid bird or dog humans, but the music of the opera is huge and sweeping. I heard it in German in Germany, which was a true delight. Likka House is currently having a sale on all their things, and I ended up splurging on a few versions of the multi-colored Papagena dresses which will probably show up on this blog in the future. 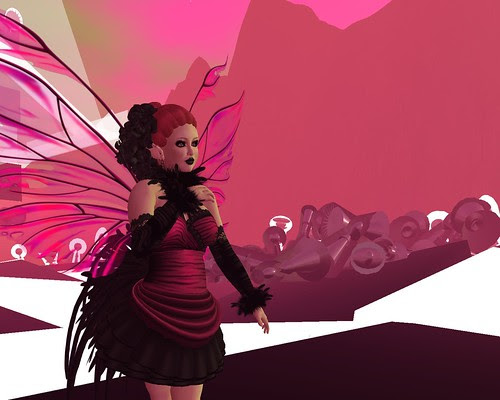 My hair is from Tukinowaguma, and I ended up tinting it pink and pairing it with black roses. In this lighting the effect works, but I'm not sure I completely like it. One of the problems with tinting hair is you lose the effects of some of the highlights, which with a non-natural can be critical to making it look possible, if not plausible. The eyes are from a new line of Meeroo inspired eyes from De La Soul, and are a very un-Meerooish but extremely Deo-ish rainbow. She has some other Meeroo-inspired things, such as a fun backpack and a habitat, so swing by and check it out!

The skin is a RiotVend prize from Edge of Sanity, whose very charming creator had accidentally put in the wrong skin. She very kindly let us all know and was no doubt bombarded with IMs asking for the properly advertised skin. I was one of those IMs, and honestly I'm glad I did - even though it was a trial for her to field all of those requests! - because I utterly fell in love with the stark coloration and style of this skin and proceeded to wander around wearing it for the better part of three days. 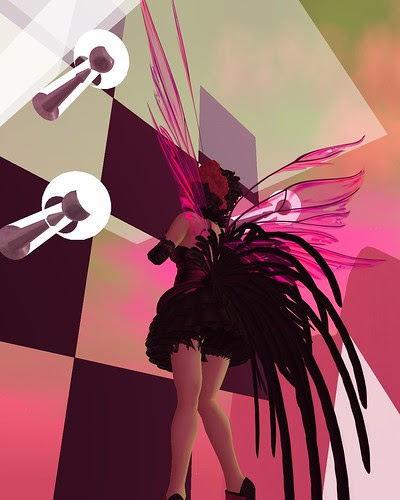 I ended up going to the recent art display talked about on a few different blogs, at the Nordan Art Sim, by Shellina Winkler- a chess based, black and white display. Since I was doing such a vibrant shade of pink, it seemed like it might be fun to see if I could modify the coloring of the sim into pink, black, and white - and as you can see it worked out beautifully. I love the levels into the moving chessboard - you can walk all the way up to the top and look down over a chessy domain.

I'm monstrously fond of chess, not as an actual game - which I haven't the attention span for - but for the pieces and how they interact. I love the implications of how the different pieces move - knights jumping over things, pawns steadfastly moving forward one step at a time, queens leaping around wildly. There's a lot of metaphorical import to the pieces which engage the imagination in fantastic leaps. 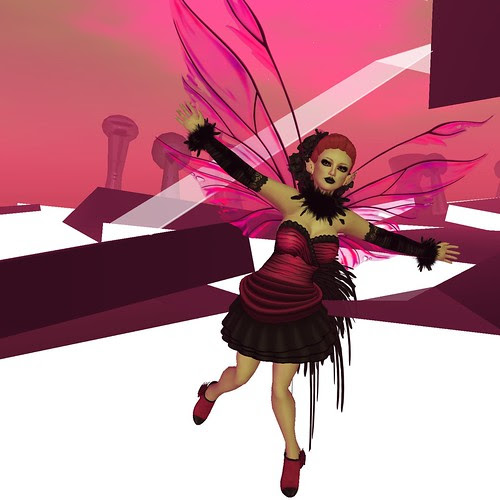