Time is a funny thing.

I'm one of those trying people who will vanish for a while and pop up again, surprised so much time has passed. This happens even offline - long weekends lead me to lose track of the days, a sufficient "break" in the day will make me think two have passed by, and enough internal turmoil will make months seem like weeks.

Time is a subjective thing. 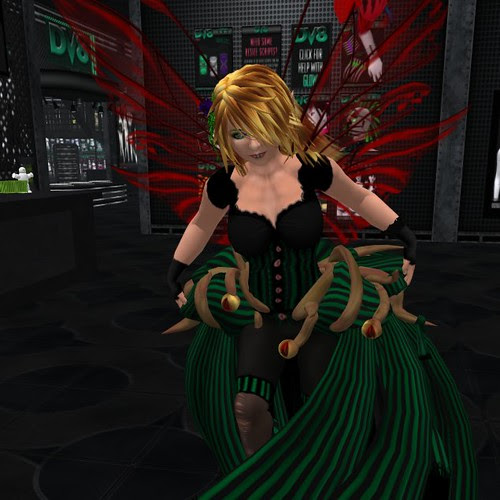 Time in virtual worlds tends to be similarly bizarre. I had, once, the odd experience of having someone express romantic interest in me after approximately an hour; I was flattered until I realized he had a woman-shaped hole in his SL experience, and any women would do - bland and regular preferable to weird.

Taking your time, moving slowly, and being careful are often treated suspiciously on the internet. From people sharing their deepest wounds in an open forum, to people seeking money and affection from virtual strangers (in both senses of virtual), speed is often expected. Quickly decide you like someone, quickly build a quasi-intimate relationship, quickly end it and quickly move on.

I have some friends that I have had experiences with over the course of more than a year. Some of them I was intimidated by when we met; some I felt instant affection toward. All of them I have a public and private familiarity with. They don't always mix well; many of my friends are very protective of me, which means they look askance at the casual treatment other friends have toward me until they're sure those people value me as much as they do.

I don't tend to share much of my offline details online. I come from the paranoid past, and have had enough minor encounters with how vile people can be online to be glad of the protection, but there is a short list of people who I want to know my offline details so that they can find me outside of a single world.

There's nothing rushed about that desire, though. It's a slow, careful decision, and so far one I have never regretted.
Posted by Deoridhe at 10:04 AM 1 comment: