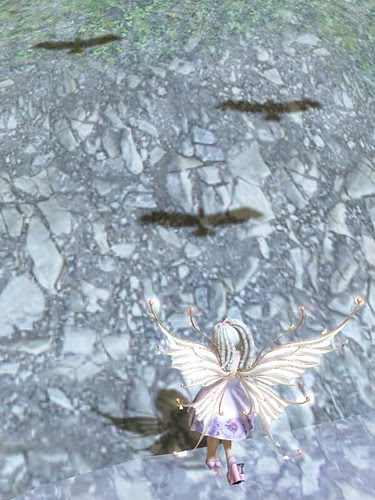 I never had many thoughts on Daisy Duck, though of course I've known her since I was a child. I was always more attracted to Bugs Bunny who, despite his cross-dressing ways, could never be female. That sort of license, that breaking of boundaries and barriers, is still largely a male thing, which is perhaps why female comics (the Bugs Bunnies of adulthood) are so threatening to so may people. Most of these earlier characters are like the early female superheros - not existing in their own right, but rather as the gender-swapped version of an already conceived of or existing male character, and lately I've been really struck by the extent to which I feel locked out of what attracts me the most, simply due to my gender. It's difficult even to think of or dream of a world where that isn't the case; so many of my favorite figures seem to have gender woven into them; I would love a female reincarnation of the Doctor, but that most likely will never happen. I would love a master investigator and a powerful mage who changed the course of society to be female, but outside of a few side universes that never seems to happen - it never hits the main stream. Even very powerful women must somehow also be beautiful and elegant; they can never be old and grizzled in their power. 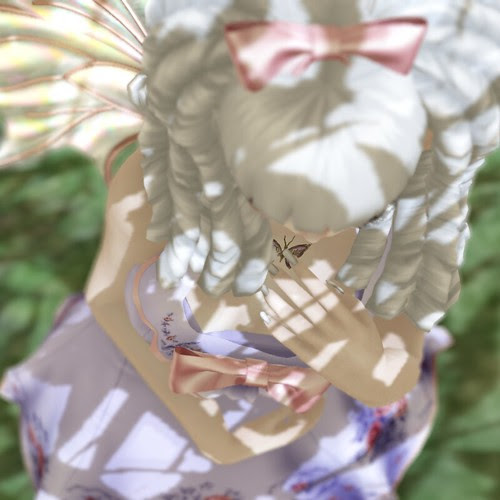 This is a slight modification of the look I used for the Blog the Beat challenge, and I kept most of the major aspects simply because I wanted to show them off to you all. The dress, complete with matching hairbow, is a rigged mesh dress from Violent Seduction which was released for the Genre Lolita event. The edging around the bodice is a little odd - it looks double layered, like there is a satin layer underneath, but at most angles that can't be seen, and even when it is visible it doesn't stand out as an error so much as double layering of the dress somehow, for modesty. I really love the bow - textured perfectly to look like satin - and the gorgeous flowers along the bottom edge of the dress. I also really like the neckline, and I look forward to pairing it with a variety of tops to see how well it works as a simple sweet Lolita, whereas here I'm wearing it more as a summer dress. My hair is also from the Genre Lolita even, this time from Curio Obscura and worn in white; it includes a variety of colors, and while the texturing is shiny for my normal wear, I love it for fancy, over the top looks where I would reasonably have been expected to apply hair spray. Genre had a lot of clothing, jewelry, and hair this time - and it's still open though I'm not sure for how long - so check it out. 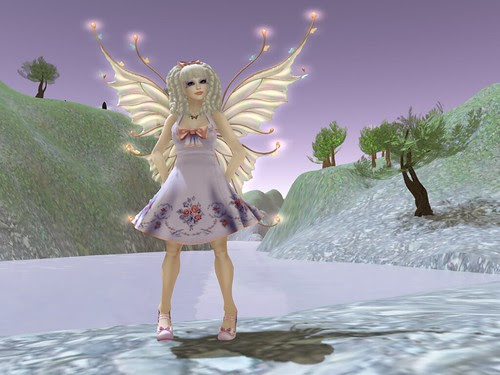 Photographed by Deoridhe Quandry
Post processing: Cropping, only
Posted by Unknown at 5:06 PM