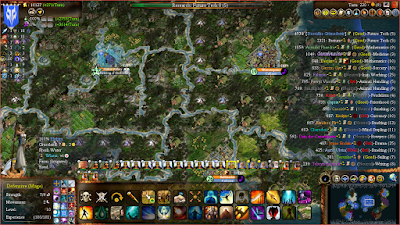 I have a shameful confession to make: when I feel powerless in the world, I shamelessly cheat at video games - specifically computer based strategy games. There are other games I do it with, but by far the primary one is Civilization IV with the Fall from Heaven II mod added in. The wonderful thing is that it takes Civ IV and remakes it not only with skins of amazing fantasy races fitting a whole other universe of history but also completely unique races which all have widely variable strengths and weaknesses. Currently, I'm focused on playing as Elohim with the Nature religion Fellowship of the Leaves, the only true neutral religion. I've created a world where every race is represented, good and evil, and I exist at the heart of it on my island of excess in the perfection of a world I shape through god-modding. The extra bonus the Elohim carry is something called "Tolerance", which means that every city I conquer or which transfers to me through the influence of culture maintains it's ability to continue to make the troops associated with the culture it left. In every other case, the cities convert completely. With Tolerance, they don't. Meaning I can build the things and units of bunches of different civilizations. 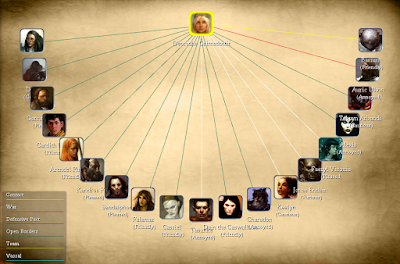 So far, I've gotten half my enemy cities through conquest (with them attacking first) and half through conversion. I'm steadily setting each up with a wide variety of buildings in each city, spreading out the troops who converted to my cause across the empire. It is an Empire which would make Queen Elizabeth blush and the President of the United States jealous - land on each of three continents and one large island, culture which spreads out in every direction, and happiness that tops the charts in almost all cities. From free carnivals to endless world events to every single religion in the world, I have it all. You might argue that this isn't really playing the game - there is no competition - but I'm not in it for the struggle against other equals. I'm in it for the sense of power; the unequal world where I am the surveyor of others. I don't - and won't - ever go for this sort of power fantasy in any sort of realistic setting, but in Civ IV I can let my control issues fly free, micromanage thousands, make an Empire so prosperous that the sages within that world would sing hosannas about it, and scratch an utterly inappropriate itch.
Posted by Unknown at 6:50 PM