Color in our World 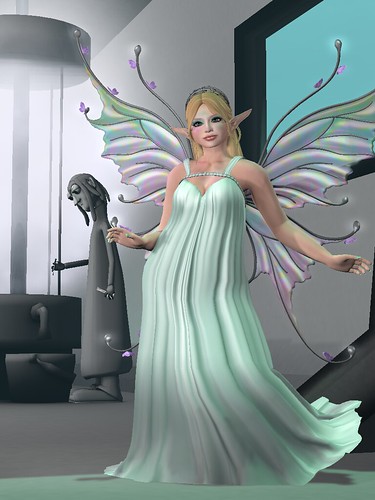 Sparkys is a new build by Romy Nayar on the MetaLES sim, and it offers both a glorious blank slate, and the opportunity to paint the world around you manifest within the world itself.You are given colors to pain the world with using mouselook, and from there you can transform a white canvas of light and dark in any manner you wish. You can accomplish a similar effect using windlight; a white and gray set of shapes and textures offer up a wonderful chance to really explore color as it is manifest in virtual light. The entire idea of painting the world virtually, so that others can see it in a context beyond pictures I put on my Flickr, has a resonance within and beyond this world, though. We very often see the world through our own lens, notice the things which are of significance to us and disregard the rest, paint a shared world in our own colors - but we are also painted by the world and by the assumptions and significances of other people. To a certain extent, we can control our own projections - though even those are often unconscious and unexamined - but we have no control at all over the projections of others or the decisions they make based on those projections.

A few recent events - some personal and some not - have gotten me thinking about the various aspects of projection and reputation in Second Life. Beyond what we create, reputation is central in a virtual world; it determines a lot of things - who will be included in events, who will collaborate with whom - and like reputation in offline contexts, it often travels outside of our knowledge and without any recourse on our part to ameliorate it. I suspect a review several years ago will mean I never again officially blog for an event I very much enjoy, but I'm unsure even whom to contact to ask if this is the case, and the very uncertainty introduces it's own sensitivity and impulse to obsess. I cannot control it, so the impulse to focus on it is overwhelming. I suspect people dislike me, I believe it is unwarranted, and so I want to scream from the hilltops "like me, please!" in such a way that people won't dislike me for the simple act of demonstrating my fear that they do. This is the irony of acquaintanceship in the world at large - part of how one becomes desirable is being cool, not desperate, so those who might need relationship most, people who feel isolated and alone, are most likely to alienate the people they just met. A reputation that one is clingy and demanding can spread even if one is unaware of it. 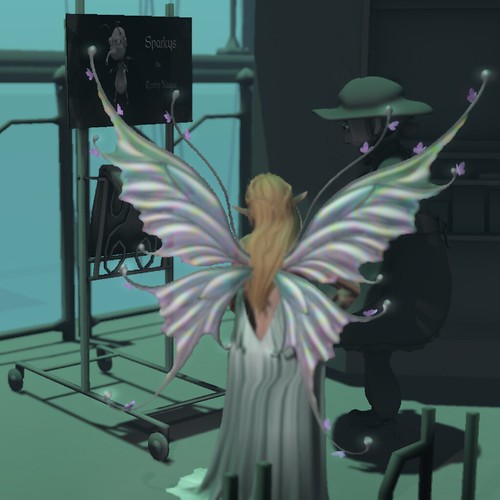 Reputation can serve a purpose within social groups; individuals who harm others or who are unreliable can gain a reputation, and thus new people can be forewarned about them; I saw that in play in a recent event, where one who had taken advantage of many others was systemically isolated from the event in order to minimize any damage they could do to it; lets call him Petrucio. From Petrucio's perspective, though, imagine the knowledge that opinions about him were being passed outside of his knowledge, and that harm caused by him was being minimized even while he thought he had done no harm. I am reasonably certain Petrucio is both unaware of the damage he does and that he does damage, but I cannot simultaneously help putting myself in his role and thinking back on my own experiences, where how people react to me seems sharply at odds with who I think I am. Which of our opinions should be privileged, given what we see is bent by our own assumptions and projections?

A lot of virtual ink is spilled about "drama", but in the end drama is largely about these disconnects between who we view ourselves and those we love as, and how those who don't know or like us think of us. Drama is about how we present ourselves and how other people react to it - and as such it is simultaneously pointless and the most important thing in the world. It is the result of strong emotions, of an attachment to things and people which inspire strong reactions. In a very real way, we are made by our relationships with other people - who we are as people plays out within our social connections with other people, and how people react to us changes who we are and what we share with others. Part of why I love drama is because I love knowing what people hold most sacred, what they will react most strongly to, and you find that out in the places where drama lives. My eternal hypocrisy in this area is the degree to which I exercise control over my own reactions, and the diplomacy of my responses in almost every context; sometimes I wonder who I would be if I didn't care what other people think, and then I remember that who I am is all but built around what other people think and why. 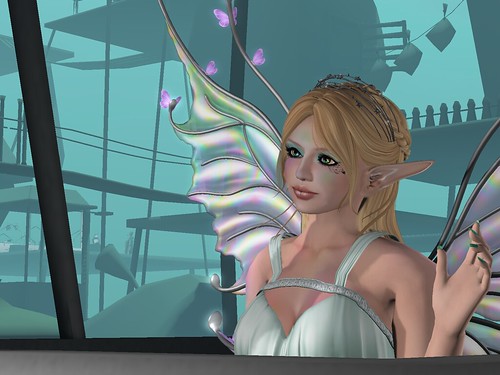 We color our worlds with who we are, and the world colors us back.