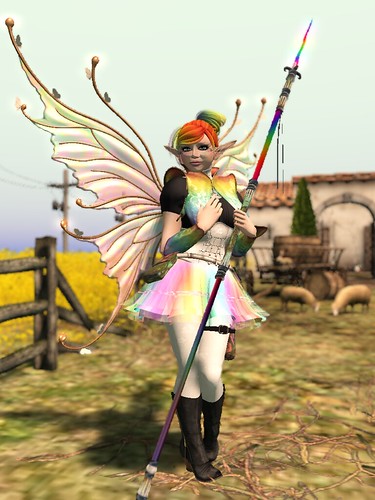 I adore Remnant, and most specifically the teams RWBY, JNPR, and CFVY, all of whom are part of the fantastical, Rule of Cool world of RWBY. Originally a web series, RWBY is now available on DVD (with commentaries by the creators) and streaming on Netflix, while remaining available to everyone in both it's original form, and with every additional sort of thing one could ask for, all from the production company, Rooster Teeth. The main series is a total of four hours, but the supplementary material will keep you busy much longer. RWBY was the brain child of Monty Oum, who left us too soon (he died the day after RWBY was released on Netflix, which was where I found out about it), and it's titular set of four girls are each distinct, amazing, and completely awesome. The art style is highly stylized watercolor, the plots never let reality get in the way of a good story, and the violence is my favorite sort - set to music and cartoonishly enormous. The world is tech and magic heavy, with an emphasis on individuality and dark portents. Like our world, everyone has a dark secret. Unlike our world, everyone has an Aura which protects them from damage, and a Semblance, which augments their abilities in some unique and personality-consistent manner. It should come as no surprise that this is a world where Original Characters flourish, and that is a phenomena fully supported by the RWBY creators.

The main characters are refreshingly individualized, both in nature and abilities, and a lot of attention is put to making those individuals meet, conflict, and work together in ways that emphasize their value as individuals. Team RWBY is made up of Ruby Rose (vanguard, tactically brilliant, relentless, and enthusiastic) and her partner Weiss Schnee (mage, most motivated, exacting, and isolated) along with her older sister Yang Xiao Long (bruiser, deceptively simple, impulsive and loving) and her partner Black Belladonna (thief, best researcher, solitary and idealistic). Each character has their own perspective, their own reasons for doing what they do, they often disagree and when they do it's vehemently. One of the things I liked most about the episodes so far is how successfully it encompasses opposites while setting up circumstances for those opposites to exist in relationship with each other. This tendency is continued in team JNPR, which sets into opposition innocence and skill, loquaciousness and simplicity, and then sets it loose on the world. Unlike RWBY, JNPR is gender balanced (all-girl RWBY is balanced by all-boy CDNL, which gets less attention in the series so far). 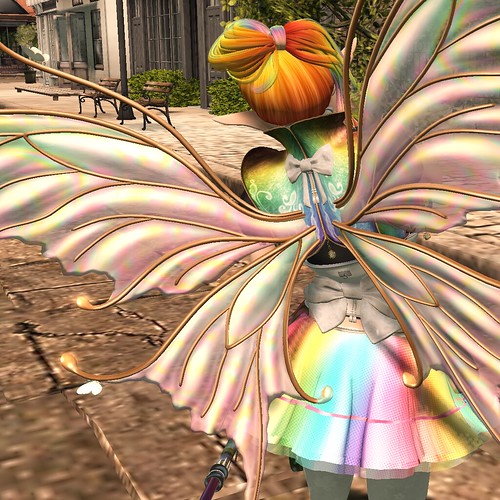 One of the major influences in RWBY is the music; all of it is plot-relevant, and often the fight scenes become set-pieces of their own set to music. All four of the intros are essentially fights set to music, each of them addressing central aspects of the history and story of the main protagonists. Ruby herself starts the ball rolling in episode 1, when she takes on one of the antagonists and his goons. The fight starts with This Will Be the Day, one of several songs that address Ruby's essential nature, and then has its own instrumental score that draws from several other themes - including Red Like Roses; what I like most about the use of This Will Be the Day is how the volume of it changes given the action on screen, making it seem more like a natural part of the environment. The first when the teams central form up for the first time halfway through season one, fighting a Deathstalker and a Nevermore, set to one of my favorite of the series' songs, Red Like Roses Part II. Then there is the entirely epic Food Fight that starts off Season two; it's not set to a song, but the instrumental music is epic. Also in Season 2 is one of the better examples of the growth of Team RWBY since the beginning of the show, when all four (plus, briefly, a couple friends) work together to take down another single, much larger opponent in a mechanized suit. It starts with instrumental from the rest of the season, but picks up a song for a more mature team, Die, once the tide of the battle turns. Finally, One of the better team introductions is to team CFVY, seen briefly earlier but really introduced by their jaw dropping fight scene at the end of season 2, set to Caffeine. I fully admit to watching this one over and over again, just as a pick-me-up.

There are also fun fan-made responses to the series, like the Recaps by Matt the Mammoth Rider which add in all kinds of details that might otherwise be missed. There's an entire Wikia where people discuss and speculate about the series, and a few people - there are always a few - cosplay as Cardin the bully. The conversation between creators and fans is a thoroughly contemporary one, where fan created things become added to the cannon. For example, Velvet, who initially was meant to be a one-time, background character, became a fan favorite and it was fans who designed a costume for her. Another example is the game, Grimm Eclipse, which began as a fan-made project but was picked up by Rooster Teeth; there was a pre-release this time last year, but no word on the final release date. 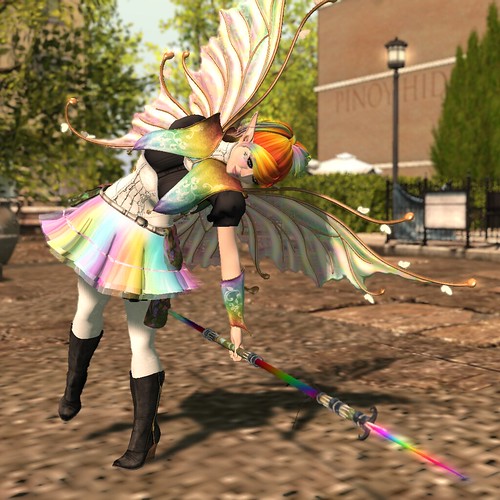 There are also some truly lovely and inspiring words spoken through the series, some of which I'm going to share here.


"For it is in passing that we achieve immortality, through this we become a paragon of virtue and glory to rise above all. Infinite in distance and unbound by death, I release your soul, and by my shoulder, protect thee."

"Being a team leader isn't just a title you carry into battle, but a badge you wear constantly. If you're not always performing at your absolute best, then what reason do you give others to follow you? You've been burdened with a daunting responsibility... I advise you take some time, to think about how you will uphold it."

"I've been blessed with incredible talents and opportunities. I'm constantly surrounded by love, and praise... But when you're placed on a pedestal like that for so long, you become separated from the people that put you there in the first place."

In the spirit of RWBY, I went ahead and created my own Original Character. Monty had released the naming rules for characters, so Deoridhe wouldn't work - not even remotely close to a color - but I reached back to my Irish inspiration again, combined it with my favorite color, and created Tuar Ceatha. The words together translate to "rainbow" in Irish, with the added bonus that "Tuar" has possible roots in túar (dung) or túaraid (omen, merit). I might be full of shit, or I could have profound insight - up to you to figure out which! I don't have a team yet, as I haven't hit ground and clapped eyes on someone, but I had a lot of fun thinking about the kind of ancient weapon + gun I would like to use, and settled on my spear Bifröst, a double-bladed spear which separates into either a spear and knife combo, or a handgun and a sniper rifle. 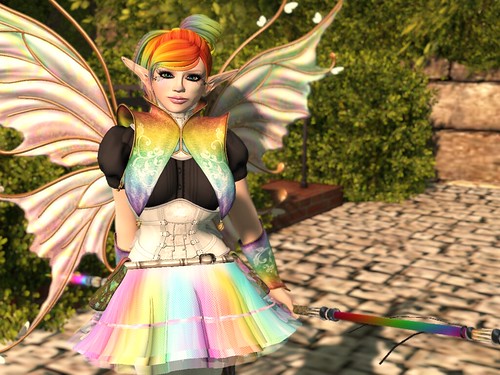 Photographed by Deoridhe Quandry
Post processing: Cropping
Posted by Unknown at 1:05 AM