When Life Gives You Apples... Run 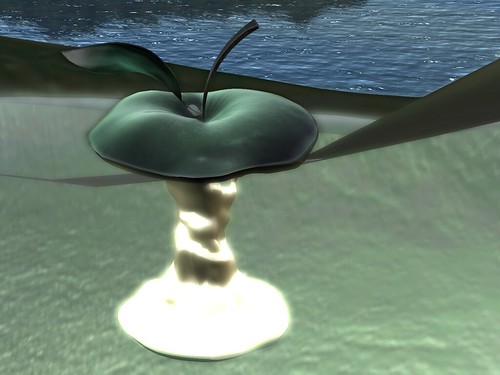 Looking at various myths, legends and fairy tales, apple seems to be pretty misfortunate for a woman. When an apple appears in a story, you know that something will go bad. From Eve, thru Greek mythology to Snow White there was always a catch with an apple. It is beautiful, delicious, tempting, seductive. A Perfect disguise for all bad that can come. I use it as a symbol for the monstrosities that woman too often dont recognise as such in its early stages. This installation is about domestic violence and eating disorders, on first sight two very different things, but violence against someone and violence against oneself are the same thing, a violence. 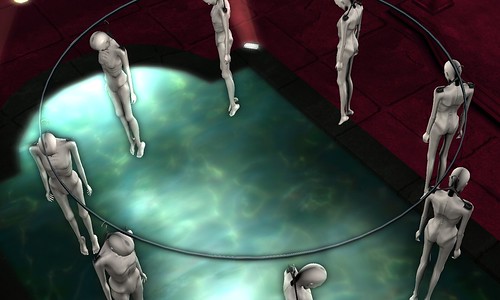 Rebeca Bashly always does amazing, evocative builds with layered meanings and complicated shapes. Her latest build, about violence against women both external and internal, is no exception. When Life Gives You Apples... Run. The beginning of everything is inside of a mostly eaten green apple that gleams as if made of metallic dreams. The path weaves in and out of the apple, through mall doorways and over invisible paths - an unnerving effect, to be sure. At the heart of the apple, caught up in a seed, is two entwined bodies ravaged by starvation, the skin rippled to show the bones underneath. Above and below are teleports to the two sky-builds, one called "Home Sweet Home" and the other called "Doll House". Both offer up images that are at once familiar and unreal, in a world where domestic violence is experienced by 20 people every minute and where the ribs of starving women are photoshopped out of images of models. This is a world most of us find it difficult to look at long, but the images are haunting. 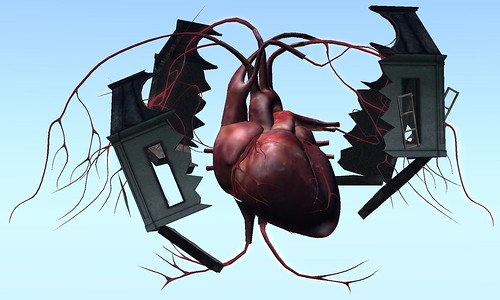 It was a night like every other night. I was listening to stories that i have heard million times before. I felt them crawling up my earlobes like ants...i was smiling inside, you'll never get in.. i was looking with my eyes shut... there was nothing i havent seen before... i was there and i was away... but i was there... i was there.. and rhythm of my heart was changing now. It started pounding harder...and harder..with every beat i felt it was growing inside my chest... i felt it was outgrowing me... and i was amazed... watching it slowly fill the room...with every beat it got stronger and louder...it spilled into the next room... than in the kitchen... bathroom... my heart filled whole house and was still getting bigger... thru the deafening noise of my heart beats i heard  cracking of the walls of the house... windows and doors blowing away... and whole house was shred into pieces in one heart beat... it was the most beautiful thing i have never seen. 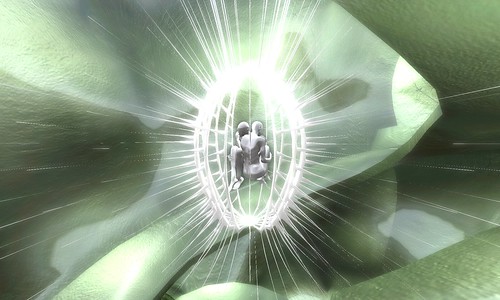 It is difficult to put into words the full effect of moving through these images. The use of color - green, red, hot pink - somehow makes it seem stylized even though everything is incredibly detailed and textured. One of the qualities of having an avatar in a virtual world and experiencing three dimensional virtual art is how present it seems, how it takes up your entire view and focus, how moving through it changes how it looks form every angle. It is often equally static to two dimensional art, but even then not always - the heart in Home Sweet Home moves, beating it's way through the shell of the house it was trapped in, and the laundry line of models spins endlessly in front of the Doll House, somehow embodying the hopelessness of women as clothing racks. The overwhelming nature of it, the effect of movement and light and shadow, can only be hinted at through the window of two dimensional photography. 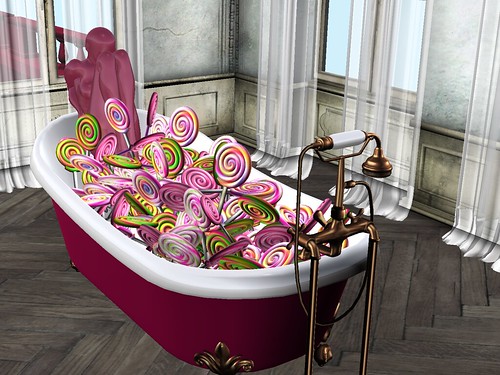 once upon a time there were two sisters. They were building a doll house together. Ana and Mia worked on their doll house day and night, often not sleeping at all. It was their priority,nothing else was important as this. It was so beautiful, and so glamorous that they decided to make a fashion show. Ana and Mia fashion show. It was a huge success. Girls worldwide wanted to be just like them. Ana and Mia became heroines... 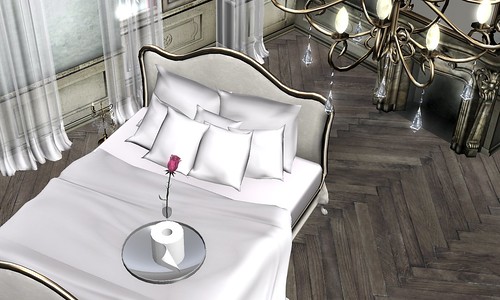